2014 has come and gone, and the year end lists are being done by everyone in the hobby with an Internet connection.

In this hobby, you either design games or you critique them, or in many cases, both.
Is there anyone out there who just plays them?

I have my bouts of sounding like a typical jaded gamer, and it's something I fight all the time. As with any art form, games are subject to mob think. Everyone loves X, so I love X too!
I know that boardgames are art, because people have passionate opinions about them. As passionate as opinions about movies or music.

I understand what I love, others will hate, and what I hate, others will love. But when it comes down to it, games are just a catalyst for me. It's the PEOPLE that matter. So this year I am listing my top 10 games, not based on the game, but based on the most FUN I had this year playing games. And the people I played with were more important than the games I played.

These are not games released in 2014, but the games that provided the most fun for me in 2014. 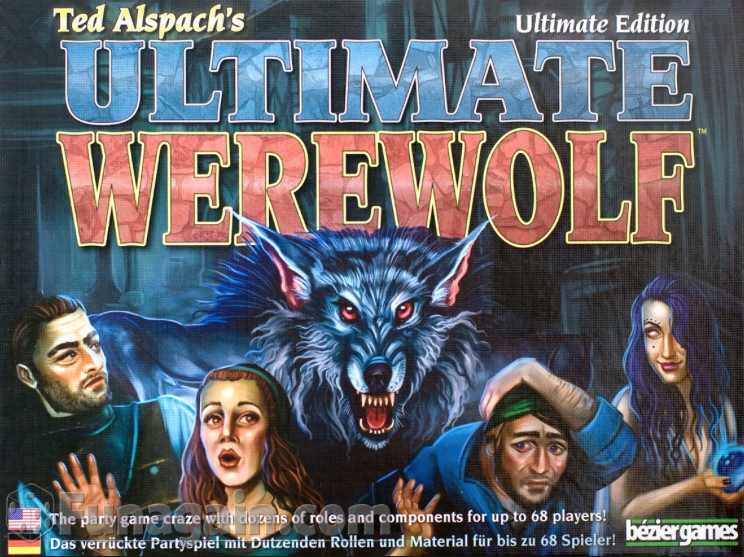 We had an end of year party for the boardgame Meetup group I am a part of. We had the largest crowd ever, which was fantastic, because most of my favorite people were there.  Need a game that plays 20 people that spans a huge age range? This is it. We laughed so hard and everyone was involved. There were too many people involved to list them all, but this session was moderated by Ian Garner and included the Gaston County Boardgamers Club and my kids. Epic fun! Best moment was when our friend B-Ryan finally got to be the werewolf after multiple sessions of really wanting to be one, and was killed on the first turn! 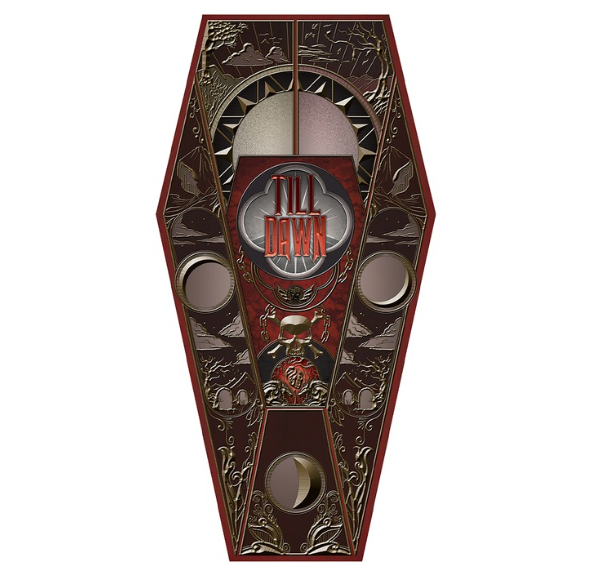 Here's a game that doesn't seem to have set the gaming world on fire, but one that I've had a ton of fun with. It's a simple push your luck game that has you taking on the role of a vampire who is trying to suck as much blood from human victims as you can. But you have to do it before the sun comes up or a vampire slayer puts a stake in your heart. Some cool little Richard Launius twists make it interesting, but you need fun people to make this game shine. This has become sort of a litmus test for me. If you can't have fun playing this, I will probably find you boring and not want to play games with you. My best session of the year was at Dice Tower Con were I played with the designers, my kids and a very fun group of people. Just one more turn... 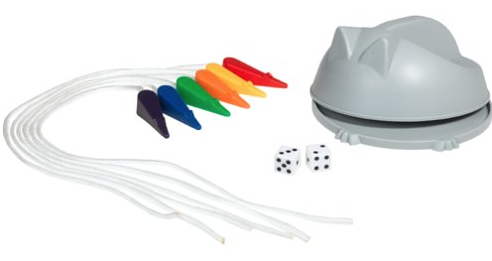 A fine example of how the simplest game can result in maximum fun. This is a dexterity game that has players calling out two numbers and rolling two dice. If one of your numbers is rolled you may try to catch the mice on the table with your cat, but the mice players will be trying to pull their mice away by the tail before you do. Pull when the number was not rolled and you're out. A fast, furious and cathartic game. I had a ball playing with Chris Gaston, Tom Vasel and some new friends at BGG con, but in my game group, our friend Jesse always makes this game SO MUCH FUN due to his guttural reactions to the stress the game provides. 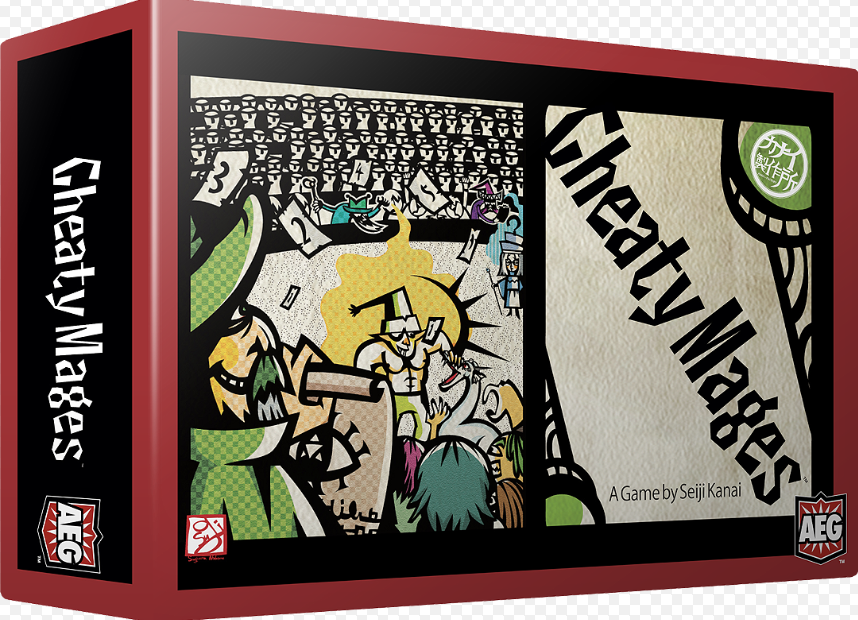 I hate this game. I think it's a horrible design, where your best laid plans are instantly destroyed by a single card that changes the rules. So why is it on the list? Because when Chris Gaston and I played it at Stormcon I was having fun until a single play by Chris turned me instantly against it. That's when the fun really began. I let the rage run through me and Chris used it to rib me for the rest of the game. It turned into one of the most memorable games of the year and to this day Cheaty Mages is the poster boy for my most hated game. I love it when my friends rib me over my irrational reactions to games. It keeps me grounded, and is a reminder that the people I play with are more important that the game design. I need to learn to not take games so seriously. Strategy and competition are great, but more important to me is having fun and creating a social framework. This game helped me remember that. 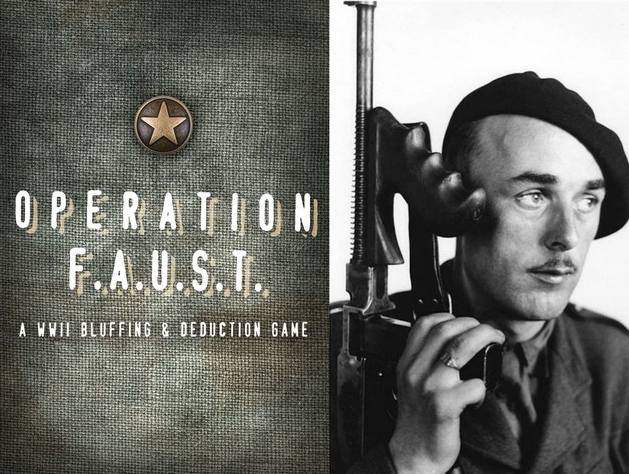 I know, it's pretty lame to include my own game here. But if I'm honest, I have to say an 8 player game of this I played at BGG con with a group of guys my age was pure hilarity.  They all "got it" and the backhanded trickery that went on created a plethora of huge belly laughs. Bluffing games are my favorite and I designed this game to include my favorite things about the genre. We also had a ton of fun during play testing with Kate (we miss you Katie), Nate and the GCBGC.  I can honestly say, that of all my games, this is the one I enjoy the most personally, because it drives social interaction over dry strategy. 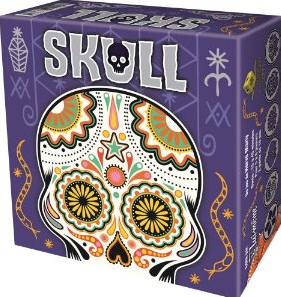 Bluffing is my current favorite genre, and I played this so much this year that the components are wearing out. It's a go to filler for us and I love that my friends have taken to it so well. We lie to and rib each other with impunity. So many epic little Skull moments this year, especially with Mark, Mike, Nate, B-Ryan, Jesse, Ian, Andrew, Chris H, Chris G, and the Ross clan. This is a game that is always with me, and I need a new copy. I wish there was a deluxe version made of metal. 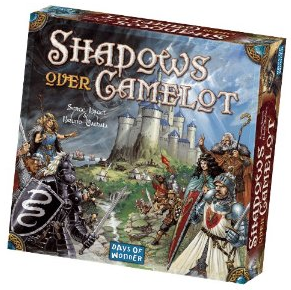 After bluffing games, games with a traitor element are high on my list. Dead of Winter just missed this list at number 11, and I love BSG, but find it a bit long. I love the traitor mechanic because it drives social interaction, and that's what I love most about games: the social situations they can create. I only played Shadows Over Camelot once this year at a mountain gaming retreat. It was Mark Kale, Nate Bivins, Richard Bliss, Steve Avery and I, and this game was perfect. Steve ended up being the traitor and won the game, but the interaction the session drove was so much fun I nearly peed myself. Especially when Steve put on a traitor hood that covered his face after he was revealed. 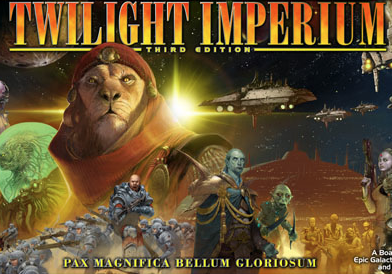 This is no secret to those who know me: I think Twilight Imperium is the best game ever made. It's huge, it's complex, it has flaws, and I love it all. Why? Because you get to live out every aspect of an alien civilization with unique abilities, and your friends play other unique alien civilizations. There is so much opportunity for social interaction and negotiation that it builds vivid memories, as if they really happened. This year is no exception. Dr. Zergl keep me from the win due to his petty grudges and Nate took the win in record time. Thanks to Nick for hosting a great session. It was fantastic and I was put in my place. 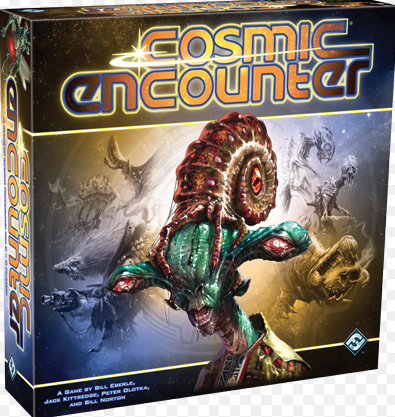 I love this game. My group loves this game. We constantly joke about how every race is overpowered.  I love space and as you know, I love social interaction, an no game does it better than this one. You have to get people on your side, alliances rise and fall, backstabbing is eminent. It's beautiful. This is another litmus test game for me, if you like this game, I'll play with you anytime! Fun people tend to love Cosmic Encounter and this year I got to play it for the first time with 8 players and all the expansions. It's was a chaotic mess and took a bit long, but I remember this game better than almost any other game I played all year. 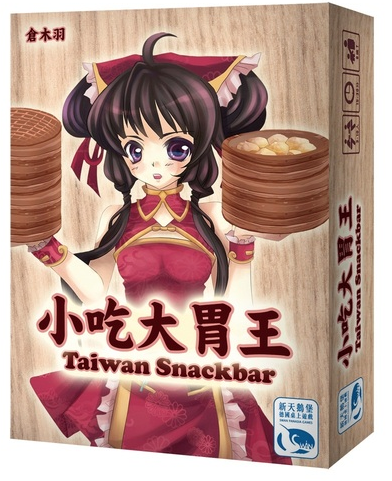 A simple, unknown, push-your-luck, card game that rates only 6.31 on BGG with just 69 raters? This game has an art style I hate and it's about competitive eating, but with the group that went to our mountain game weekend it was the most fun I had all year. Horrible Taiwanese accents, getting hosed and giving a hosing, saying dish names like "Pork Blood Rice Stick". Beautiful.  I don't remember who won, and it doesn't matter, because I do remember the laughter.

Don't pass it up if you have a group of fun folks to play this with.

Sex Toy Poker by Mr. Plug Games is only available on the Gamecrafter and is as unknown as it gets. It's a variant of Cockroach Poker with sex toys instead of insects. When I played it with Jason, Zev, Ron, Shane, and Steve I laughed so hard, I literally fell out of my chair and knocked myself unconscious when I hit my head on the concrete floor. This is a true story.

I LITERALLY went UNCONSCIOUS when I laughed too hard.

So that's my picks for best games of 2014. No Panamax, no Imperial Settlers, no Imperial Assault, no Arcadia Quest, no Alchemists. Nope. My most memorable moments were driven by the people I played with, the games just provided good foundations on which to build memories.

Robert
Posted by Robert Burke at 8:38 AM

Email ThisBlogThis!Share to TwitterShare to FacebookShare to Pinterest
Labels: Blog